Hey, guys! Hope you've all been great. =D I've been hiding under a rock, writing with pencil and paper the first draft of FROSH #2, and it's been fun!

Speaking of FUN! My publisher is doing something awesome. They are giving away 2 FREE PLL e-books for EVERYONE who has reviewed Frosh: First Blush on Amazon. The giveaway is international, and it lasts till 12/01/15.

The review... it can just be a couple of lines of what you thought. No need to write a testament! But I would appreciate if you could say something that will help others see if my book is for them or not. Critical reviews count, too.

To get the TWO free e-books, just tweet the link of your Amazon review to @paperlanternlit. (If you don't have a twitter account, you can email them, too).

If you review Frosh: First Blush on Amazon you will get TWO of these books: 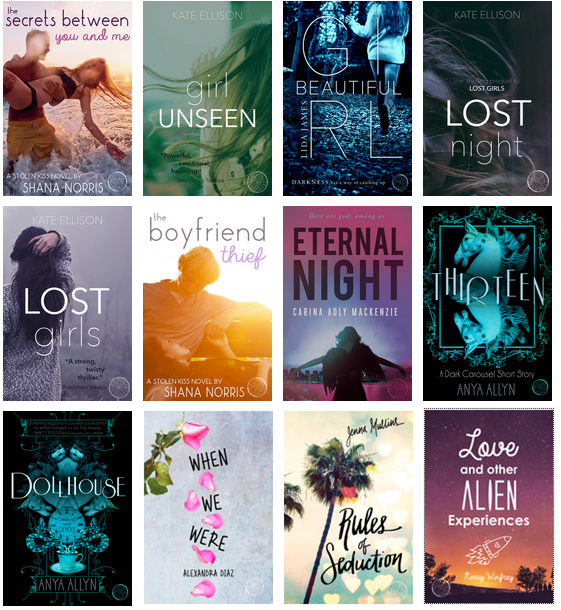 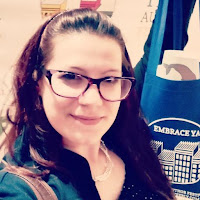 GUYS!! I'm TRILLED to announce that another member of my team from The Writer's Voice 2015 has signed with an agent! Congratulations, Ellie Moreton and Christa Heschke! Now her INSPIRATIONAL success story, in Ellie's own words:

"Hello! Thank you, Mónica, for hosting my story on your blog! To everyone entering contests—good luck! Never give up! The people you meet during these contests will be worth their weight in gold in the friendships that you’ll make.

When I applied to be in The Writer’s Voice 2015, it was my first major big contest. I didn’t think I’d even get through the raffle, but when I did, I went crazy going through each and every one of the other contestant’s submissions. There were two other YA Fantasies that I felt were similar to mine, and I had a sinking suspicion that they were my competition for coaches.

When the first round of choosing posted, I was not a first choice. The other two fantasies were, as I had expected. But there were still slots open! I tried not to let it get to me, but it’s hard! Even though I was querying at the time, you can never really get used to rejections and silence. It’s hard not to get yourself down or play the comparison game. But in the end, I was chosen! The wonderful Mónica and Stephanie chose ME!

I was so excited and totally ready to make my first 250 words, and query bright and shiny! I worked hard and plowed through edits. Mónica and Stephanie were amazing mentors and showered me with praise on my editing, all while pointing out things that could still be improved. I was pumped for the agent round.

When the agent day came… and even a secret agent popped in… I was left with nothing. Nada. Not a single request. Crickets chirping.  My wonderful team mates where getting requests, and we were all screaming through twitter and facebook in celebration.
In the end. I didn’t get single request, but it was all worth it. Team FTW 2015 has a facebook group that we share encouragements and news still, and that’s worth so much to me. The friendships I made during the time.

I continued to query with my shiny new query letter, thanks to Mónica and Stephanie, and on November 4th, I signed with my lovely agent, Christa Heschke, at the McIntosh & Otis Agency!

You may not get picked first, or even second. You might not get picked at all for some things. But the only way you’ll NEVER get chosen is if you stop trying. Never give up, keep on improving, that one in a million chance could be right around the corner, and all those friends you made along the way will be cheering you on."