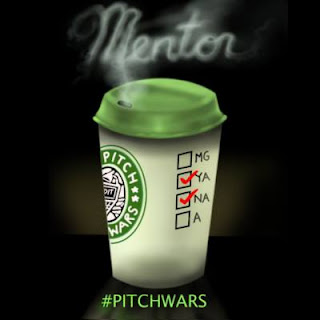 Pitch Wars is finally here and I’m so excited! I’ll be a mentor for the fourth (!!) time. Can you believe how time flies?? =)

So! This year I’m co-mentoring with Susan Gray Foster! I couldn’t be happier. We’ll be looking for YA and NA manuscripts, and we’re going to polish one to take it with a tuxedo and a tie to the agents’ round in November. And hopefully, this writer will get MANY offers of representation! *wink*

Mónica’s bio: I’m a mother of three boys and owner of eleven hens. When I’m not collecting laundry or eggs, I write YA fiction. I’m represented by Lauren MacLeod of the Strothman Agency, and I’ve worked with many published YA authors, such as Francisco Stork, Gretchen McNeil, Debra Driza, Kasie West, Krista Van Dolzer, Stacey Lee—among many others. Some of the entries I've picked in contests from slush have had nice deals and one even sold for a six-figure deal. I freelance, too, and I absolutely love helping writers hone their manuscripts. (Some days I even prefer to edit than to write!) My NA romance, FROSH, is coming from The Studio/ Paper Lantern Lit on Oct 20th 2015.

Susan’s bio: I’m the mom of two young adults, and I write young adult novels, represented by Caitlin Blasdell of Liza Dawson Associates. I’m happiest when I’m playing around with words (and occasionally music)—whether the words belong to me or someone else. And I’m especially happy doing this while cuddling with my dogs and a cup of tea. I have a BA in English Lit and taught Creative Writing at an alternative high school. Last year I was fortunate to be chosen as Mónica’s Pitch Wars mentee, and she helped me immensely, pushing my manuscript way above and beyond where it was to the point of being truly agent-ready. This year, I’m excited for the opportunity to pay it forward by helping Mónica help another writer reach the next level.

What we would LOVE to read in YA and NA:

We really love fantasy! But please don’t send us something like Eragon (with its own language) or Lord of the Rings. We’re interested in fantasy/UF more like: DAUGHTER OF SMOKE AND BONE by Laini Taylor, THE SCORPIO RACES by Maggie Steifvater, SHADOW AND BONE by Leigh Bardugo, CRACKED by Eliza Crewe… Or something like Mónica’s CP just sold: HEARTS MADE OF BLACK. Now, THAT kind of fantasy? Absolute crazy love!

We love this genre. In fact, the first MS Mónica picked in Pitch Wars was a contemp. YA that did more than well in the agents’ round.
We want an original contemporary with a hook—nothing that is too quiet (like we said above). Give us something fresh, and if it has romance, even better. We love girl POVs and guy POVs, love flawed characters that make you feel. We love Rainbow Rowell (although who doesn’t, right?) and Stephanie Perkins. (BTW, Mónica has been so lucky to beta some awesome contemporary YAs, like THE DISTANCE BETWEEN US by Kasie West /Harper Teen 2012 and THE MEMORY OF LIGHT by Francisco X. Stork /Scholastic 2016.) Seriously, if you have a contemporary YA/NA, we’re your gals!

If you have something original, with a twist, a mystery or something that intrigues us, and characters that feel real, we’d love to see it! For example: Mónica just picked this NA romance for The Writer’s Voice 2015 that did well in the agents’ round—see how it has a twist? We also loved the voice in this entry. Voice in NA is very important. NA authors we like: Jennifer L. Armentrout, Tammara Webber, Katie Cotugno, Colleen Hoover, etc.
If you have a NA with multiple POVs, like Mónica’s FROSH, then we’d love to read it too (if it has more than 2 POV characters, only send it our way if it’s written in 3rd person POV).

If your MS is beautifully written with a lovely cadence and rhythm and characters that are complex and flawed and loveable at the same time, AND it has a commercial aspect, like an intriguing and hooking premise, please send it our way! An example of lovely literary prose would be Lauren DeStephano’s WITHER. Or Nova Ren Suma’s IMAGINARY GIRLS.

Sci-fi isn’t our favorite genre. But Susan has written a YA with a light sci-fi angle (which is the ms that caught her amazing agent) and Mónica has picked sci-fi in contests before. Like one of the mss she picked for The Writer’s Voice 2012 was a great YA sci-fi that later sold to Disney Hyperion. What we’re trying to say here—we read sci-fi. We’re just VERY picky when it comes to it. But again, if we love it, we will definitely take it.
What would make us pick it? First, the voice. Second, if the sci-fi part in your book is just a small element—say, the setting is contemporary and there’s only one scientific thing on the MS… then, that would be nice. Think the TV series Heroes. There’s a lot of superhero fantasy stuff, but there’s also a little sci-fi thread in there, too. And the series isn’t 100% sci-fi. And third, if your book has a nice romantic plot, or if it feels like an adventure (even if it’s set in outer space), then, we’ll probably like it. Oh, and take a look at this sci-fi to see what we mean—which did awesome at The Writer’s voice 2015…. if you have something unique like that, we want to see it!

SURE!!! As we mentioned above, Mónica loves IMAGINARY GIRLS by Nova Ren Suma, and that is totally magical realism. Seriously. We love magical Realism.

Mónica loves the nature of this genre—that it makes you flip pages because you really want to know what the heck is going on! And then there’s always a twist that you hopefully didn’t see coming and you’re like, WOW! Yeah. We want that. That said, if it’s a thriller, we want a romantic subplot (it doesn’t have to be a huge romantic thing, just that there’s a love interest). And we want the plot to focus on teens. Let’s explain: Sometimes YA thrillers include institutions like the FBA, CIA, whatever, and those are filled with grownups. Teens want to read about teens. So if your YA thriller has romance and focuses on teens, with an original plot and loveable characters (even villains have to be interesting!), then send it our way, please!

It needs to be something reeeeally exceptional and unique to stand out. That said, there are cool paranormal premises that we’ve seen over the years. Like last year, one mentee had a YA paranormal about the memory of objects. We’d love to see unique paranormals that aren’t the typical ghost/vampire falls for a human girl.

Horror YA (Not NA)

Hard-core horror? No, thanks! But something with a little creepy vibe, we’re all for that!
Mónica has betaed this kind of mss, too—she’s even in the acknowledgements of a YA light Horror published by Balzer & Bray, and she loved that book.

It has to be something original and that reads like fiction. We may fall in love with a YA or NA Memoir!

As an example: Mónica picked a LGBT MG for The Writer’s Voice last year that got 10 agent requests. Why did she pick it? It had a fresh twist on a premise. If your ms has a VERY original twist, and it’s well written, and we love the voice, it’s very likely that we’ll pick it. One diverse book we liked is SHINE by Lauren Myracle. It had a crime, a mystery, and the writing was lovely.
Susan is a huge fan of Matt de la Pena’s writing, and Mónica recently hosted an agent-judged contest for diverse books. So yes! If you are a writer sharing the unique POV of an under-represented segment of the population, please send your diverse MS our way!


If you can think of any other YA or NA genre that we didn’t mention, then SURPRISE US, and send it our way—unless of course, it’s something we specifically said we don’t want to read. ;)  If we love your voice and writing, then we probably won’t care about the genre. If your sample pages show instead of tell and pull us into your story, and if you’re looking for honest, constructive feedback and willing to work hard to make your writing the very best it can be, we want to work with you! Let us know if you have questions for us in the comments section of this post.

Why should you pick us?

Susan is very nitpicky and thorough with her edits. After being Mónica’s mentee in 2014, Susan betaed for her, and Mónica realized what a GREAT editor Susan was, and begged her to become her CP. So now we’re CPs and BFFs!

"Working with Monica was sort of like earning a mini MFA in creative writing, she's that good! She worked on big picture things like cutting out an entire POV character; changing the "telly" parts of my MS to sound more like the internal monologue of my protagonist; as well as the minute details like word choice, grammar, and punctuation. When she finds something that doesn't work, she not only tells you why but also offers brilliant suggestions for fixing it. She has a knack for understanding the kind of story you are trying to tell, and then making your MS shine. She's also incredibly nurturing, finding ways to make every critique feel like a compliment. If you're looking for someone to cheer you on, and be super tough at the same time, you've found her. She's quick to respond (like supernaturally quick. I don't know how she does it!) and continues to keep in touch and mentor me long after the PitchWars contest is over. After working with her, I've had full requests from every agent I've queried. If you don't get chosen to be her mentee, you should totally hire her as a freelance editor!"
--Rachel Coleman

Also, you may want to check out Mónica’s Editorial Services page, because there are other testimonials there. And you can read the Love YA success stories, too.
And you should pick us because we’re going to make you work so hard, you’ll fall off the grid while revising your MS we have lots of experience editing mss, and we can help you take your manuscript to the next level, with everything from brainstorming to line-edits. And because we’ll have fun in the process!

Mister Linky's Magical Widgets -- Auto-Linky widget will appear right here!This preview will disappear when the widget is displayed on your site.If this widget does not appear, click here to display it.
Posted by Unknown at 7:30 AM