4 Writing Tips to SHOW and NOT TELL

One of the things I’ll be looking for on the Pitch Wars entries is the ability to show versus tell. Well, and not only in Pitch Wars, but in the other contests I host, like The Writer’s Voice, too.

So today, I’ll be giving a few tips about how you can either identify when you’re telling, and how you can improve that.

1) Filters:
When you say “I knew,” “I think,” “I see,” you are telling the reader what the MC knows, what he thinks, what he sees, INSTEAD of just going ahead and showing what the MC knows, thinks, and sees.
Examples:
“I wonder if it’s a good idea.” --> “Is it a good idea?”
“I knew he was right.”--> “He was right.”
So always, try to nix the filter… UNLESS you want to accomplish something else with the filter, like voice, or like foreshadowing something, like:
“He is the murderer, I’m sure.”
In that case above, adding “I’m sure” foreshadows that the MC can be wrong. And if the MC says “He’s the murderer,” then you’re not foreshadowing anything. He *is* the murderer, then, the readers will think.In other words, use filters knowingly.

2) Telly Verbs:
Watch out for these: “is, are, am, etc.,” and verbs like “feel.”
First work on identifying these type of verbs. Then you can change them.
Example:
“The wave was big.” --> ”The wave rolled forward and swelled, towering over the ships of the bay.”
“I am scared.” --> “Holy crap, where did I leave my taser?”
“What he’s doing is dangerous.” --> “He’s driving ever so fast, catching speed, aiming directly at that cliff.”

3) Naming Emotions:
This one is like the example above of the taser--when you name an emotion, like “She’s nervous.” Or “He was upset.” etc. When there’s the name of an emotion in your MS, then you probably are telling the reader how the character feels instead of showing how he feels.
Examples:
“I’m angry at him.” --> ”That @#$%&, he’s so full of himself. He should rot in hell.”
“I’m frustrated.”--> “Oh, come on! Give me a freaking break.”

4) Subjective Adjectives:
If the adjectives are subjective, like beautiful, pretty, ugly, etc, it won’t convey a visual to the reader—you won’t be able to show what you mean well. Because something that is pretty for someone could be ugly for someone else. Always try to choose objective adjectives.
Example:
“Her hair was so pretty.” --> “Her honey-colored hair shined, and when he touched it, it felt soft, like… [um, I can only think silk right now, haha! But “soft as silk” is so cliché. Still. You get what I mean, right? =) ]”

There are other ways to identify telly places, like watching out for “info dumpy” paragraphs, not using dialogue when you could, etc. But this post is getting long, so that’s all for today, folks!
Hope it helps!
Looking forward to reading your entries next week! 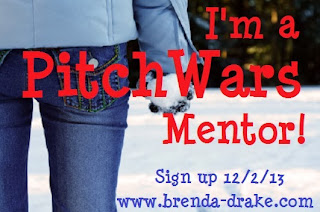