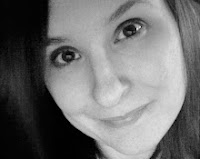 So today the lovely Erica Chapman is hopping by Love YA!
Erica is a YA writer represented by Judith Engracia at Liza Dawson Associates. She's also a literary agent intern for Louise Fury of L. Perkins Agency.
*applause*
And she has a great post for us today.
Thanks, Erica,  for being here with us!!
<3 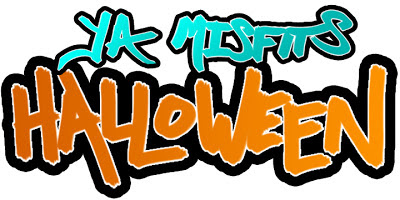 I’m so excited to be here!! I have to thank Mónica for hosting me on her blog today. I just love Mónica!

The YA Misfits are traveling around today to different blogs talking about the same topic.

First off, how hard is it to spell that right on the first try? Apparently, pretty hard… at least for me.

For me, the villains I like most are the ones that have a vulnerable side. If they have a sad back-story, you almost feel for them. Even the evil ones. It’s that dichotomy that compels me to read on, to tell people about the story. I truly believe you can’t have a good story without a good villain. You can have the best protagonist in the world, but if that character doesn’t have anyone to butt his/her head against, it’s going to be boring.

Why is it so hard to pull off a good villain?

Well, I believe a lot of writers think the villain has to be pure evil. Some writers spend all their time perfecting their main character but not their villain. This is such a mistake. Without that conflict, the story goes nowhere. Who is the MC going to fight to win? Who is the MC going to have that big confrontation with? There are many sides to a villain and it needs to be treated that way. Even the villain believes they’re justified to do what they do. Most of them get others to join them even, so there must be more to him/her than what is on the page.

Villains don’t have to be human either. It can be an idea or something intangible. In fact, some of the intangible villains: cancer, death etc. can be the most emotional. Villains can also be a house or a town, a doll * shudders * Sometimes, there doesn’t need to be a heart beating to make me completely freaked out. Dolls scare the *&^% out of me.

Some of my favorite literary villains are ones that have a convincing dichotomy. It’s not that I like them or root for them, but I understand them, understand their motives. They have vulnerability, they have a past I can relate to, but they also kill and torture people. It’s a hard balance to pull off but when it’s done right, it’s literary gold.

Voldemort in the HARRY POTTER series is a great villain. J.K. Rowling did something brilliant. She made him have a similar past as Harry. The fact that he and Harry both had a muggle parent, made us see Voldemort in a different way, a more sympathetic way. He’s not a full-blooded wizard, which is what he always wanted. He felt inadequate from the start and denied that part of him. I mean, he was still evil, but there’s something more to him. Something we can relate to.

I also like when the “bad guy” is really not the bad guy--the whole bait-and-switch thing. Such a beautiful thing. Snape is a perfect example of this. He appears to be evil at the end of book 5 but in the last book, we’re crying our eyes out because of all the sacrifices he made, and we realize he’s really been good the whole time. Such a pivotal moment.

Hannibal Lecter in SILENCE OF THE LAMBS by Thomas Harris is one of the best villains. I mean, he eats people and we’re sort of intrigued by him. That scene when he’s asking Clarice about the lambs. Brilliant and so well done. Can we even call him a villain since he helps Clarice? It’s those sorts of questions that make us wonder about his motives.

Jack in THE SHINING by Stephen King. Oh man, this guy scared the crud out of me. He was just a regular guy who lost it. I had to sleep with the lights on for a while after reading that one. The whole idea of losing it so bad you want to kill your family? And the hotel was a villain too, with all its secrets and crazy stuff behind the doors and the history of the place. Really, it’s the hotel that pushes ol’ Jack along with his insanity. Is there a better line than “All work and no play make Jack a dull boy.”? No way.

Villains can just be evil and still work. It’s been done. BUT you need to have something else in the story if you’re going to have a pure evil villain. A great example is Pennywise in Stephen King’s IT. We never really got exactly what IT was, right? It’s lights and it changed forms. IT works as a villain on pure mystery and by being an unknown entity AND by being scary as hell. IT’s one of those intangible villains, so it’s hard to relate to it. But that’s okay, ‘cause not all villains should be sympathetic. Some just need to scare the &^%$ out of you and be done. They’re not my favorite, but there’s definitely a place for them.

So that’s my take on villains. I’m sure I can come up with others, but those are what popped in my head.

Who’s your favorite villain? What do you like to see in them?

Thank you again, Mónica!! I had so much fun over here. Be sure to check out the other misfits’ posts! The list is on our website http://yamisfits.com .