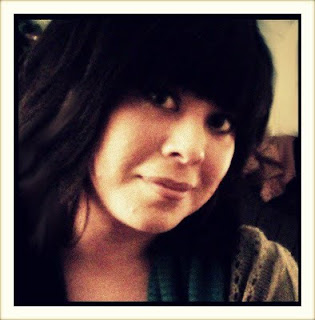 Please say hi to our awesome guest blogger, Erin Kelly! Today, she brings us a great post about trusting ourselves as writers.

But that’s not all.  She loves to edit, and has plenty of experience doing it. (I’ll tell you, she once betaed my ms and her comments were totally spot on!) And today she'll offer to do 5 first-chapter critiques. YES! 5!!! You read well.  If you want to win one of her ciritques, go to her blog and comment on this post (comments here, on Love YA are for the "Writers Are You Trustworthy post only--not for the contest.) If you want to participate and have a Twitter account, please follow her (@erinkellywriter).  She just joined Twitter, so go on and give her a welcoming hug!

Without further ado, here’s her post.
Enjoy!
Writers: Are You Trustworthy?
Overuse of adverbs, overreliance on adjectives, telling over showing – there are any number of ways that writers can announce to the world that they are amateurs, still polishing their craft but not yet ready to take it the streets.
Most serious writers learned early on how to avoid the basic missteps of good story-writing. Yet after years of serving in fiction workshops, swapping manuscripts with writers and working as a fiction editor in varying capacities, I’ve discovered that there is one deadly sin that often creeps its way into well-written manuscripts: Distrust.
Let’s assume for the moment that you understand why adverbs and adjectives are evil, or why you should choose showing instead of telling ninety percent of the time. If you’ve got those in the bag, you already understand and appreciate the bare bones of effective fiction-writing. Now it’s time to trust yourself – and your reader.
An example:
Jane fidgeted in the interrogation seat and pulled at a loose thread in her sweater. When the officer narrowed his eyes at her from across the table, she looked away and focused on the discolored tile in the corner, nervous of the look he was giving her. His glare filled the room. He was trying to intimidate her.
Pull it together, she thought.
She released the thread, straightened her back and sat still. Then she met his eyes with hers. She was scared, but trying not to show it.
Not bad, right? We’ve got lots of good showing – Jane can’t sit still and pulls at a loose thread. We’ve got some good descriptions  – “fidgeted,” “narrowed,” “straightened.” But then we’ve got some phrases that seek to deflate all that goodness. Three in particular:
1.      … nervous of the look he was giving her. After all that good showing, the writer doesn’t trust the writing enough to let it stand on its own. Thanks to the solid technique in the preceding sentences, readers already know she is nervous. We don’t need to be told.
2.      He was trying to intimidate her. This is obvious. His eyes are narrowing and his glare is filling the room. What else would he be trying to do?
3.      She was scared, but trying not to show it. We know. That’s why she straightened her back and released the thread. That’s why she met his eyes with hers.
I have read many well-written manuscripts that had one deflator after another. It’s like someone who tells you a joke and then immediately scrambles to explain it, even though you got the punchline the first time. After a while you forget what the joke was even about and even worse, you forget that it was funny.
What’s ironic is that less-skilled writers often trust themselves so much that they consider themselves impervious to criticism, while some of the most talented wordsmiths write great sentences that they don’t trust at all – and when you don’t trust yourself, you don’t trust your reader. And when you don’t trust your reader, you insult their intelligence. And when you insult their intelligence, they don’t want to read your story anymore.
Each sentence should pack a punch. Too many deflators will turn your punches into pecks.
After that little fuss about not trusting yourself, I’ll leave you on a high note: In most cases, revising this pesky element of your MS is simple. It just requires a DELETE button.
Are you clarifying yourself too much in your MS? We are all guilty of it from time to time, just as we are all guilty of many other writing speed bumps. Hallelujah for the power of revisions!
Erin Kelly has served as a fiction editor for Cha, Sotto Voce, and Flying Words Inc., and is currently staff editor for Flash Fiction Chronicles. She has been published in numerous literary journals and anthologies and is currently under representation with the Carolyn Jenks Agency in Cambridge. Visit her at www.erinkellywrites.com.
Posted by Unknown at 9:37 AM